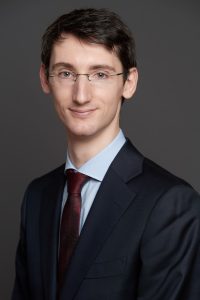 In 2014, Colin joined EPLO to support the ‘Strengthening Early Warning, Mobilising Early Action’ and ‘Civil Society Dialogue Network’ projects. Since then, he has also contributed to EPLO’s policy work on EU Institutions and Policies as well as on Gender, Peace and Security.

Since July 2018, Colin has been supporting EPLO’s work on Funding for Peacebuilding, in particular on the next EU Multiannual Financial Framework (MFF). Part of Colin’s responsibilities include liaising with the European Parliament.

Prior to joining EPLO, Colin interned in various peacebuilding organisations such as Search for Common Ground and Interpeace.

Colin has an MA in Culture of Peace, Conflicts, Education, and Human Rights from the Peace and Conflicts Institute of the University of Granada (Spain).